Michael J. Epstein is a filmmaker, writer, musician, and scientist. His creative work has been featured in TIME, USA Today, SPIN, CURVE, Famous Monsters, and Fangoria.

Michael spent his early years touring in the indie bands The Motion Sick, Neutral Uke Hotel, and Do Not Forsake Me Oh My Darling. Despite critical acclaim and dozens of enthusiastic fans, Michael put his scientific career first, becoming an associate professor of Communication Sciences and Disorders at Northeastern University. His 2016 paper on “Hidden Hearing Loss” was featured in The Wall Street Journal and Scientific American. It helped explain why many people with “normal hearing” struggle to hear in noisy situations. 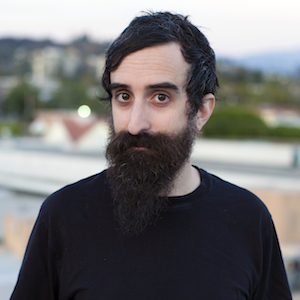 Microsoft changes what’s displayed in #Excel Map Charts depending on your location and #Microsoft policies in certain countries like China. We’ve had reports from China and Hong Kong that they can’t ‘see’ Taiwan on their Map Charts. #Microsoft365 office-watch.com/2021/beware-… pic.twitter.com/75MRQwiMsV

Review of Google Sheets Intermediate Cheat Sheet: Rating: 4 out of 5 stars "Super-handy reference sheet I can keep beside my computer, rather than Googling or watching videos, for formulas to help me create the functions I need." - via @NetGalley cheatsheets.store/collections…

One of the many reasons an iPad/iOS can't serve as a desktop replacement for many. #iOS #iPad twitter.com/harrymccracken…

From IN 30 MINUTES guides, learn how to export a PDF from a Google Doc, including links and logos. Length: about 1 minute. youtu.be/cMhqB8tBaR0 #googledocs #gsuite #googleworkspace

Google Sheets opening too slowly in your browser? ("Working ...") Quit the Google Drive app from the system tray (Windows) or taskbar (Mac). Restart it later if you need to sync to your hard drive. #gsheet #googlesheets #googledrive #googleworkspace pic.twitter.com/IQw8XuA3DG

Using this new mic from @samsontech for the IN 30 MINUTES YouTube channel ... amazing design and sound. #audiovisual #microphone pic.twitter.com/V09waLtSCd

Tech nostalgia: The Palm Pilot Long before Android and the iPhone, simple devices called "Palm Pilots" roamed the Earth. Did you own one? This demonstration shows how they worked, including their unusual touch screens. Something to show the kids! youtu.be/OEQFq44wlKA?t=7